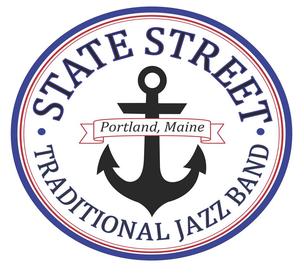 These universally acclaimed vibrant sounds were birthed in the French Quarter of New Orleans at the turn of the last Century by musicians who wanted to play the traditional music they way they loved to play it.

"In a New Orleans band every instrument is considered a rhythm instrument and is responsible for contributing subtleties of rhythm and accent to the regular beat as the players improvise on some favorite tune. The emphasis on a pretty melody and a vital beat has always been fundamental in the playing of New Orleans bands, while harmony has never been given the importance it received in Western European music. Notwithstanding the usual simplicity of New Orleans-style chord structure, there is plenty of harmonic interest, even dissonance in New Orleans Jazz. Due to the basic ensemble style with several players improvising counterparts to the melodic line, the result is often thrillingly complex.

The tempo of this music is apt to be a little more moderate, especially in a spirited number than that adopted by bands in other and cooler sections of the country. "Racehorse Dixieland" tempo is avoided. Although always played with a feeling of enthusiasm and intensity, New Orleans musicians try to play with a pretty and expressive tone to produce music that sings as well as swings." 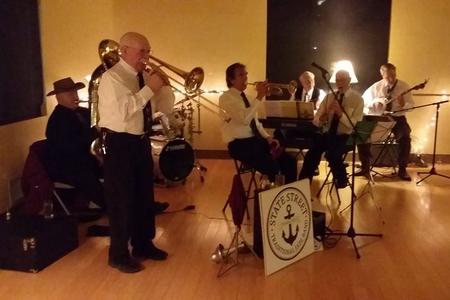 "At the dawn of this past century, a new music was born in New Orleans. It was a 'good time' music to make people happy. Its appeal was so immediate that the music soon swept over the whole country and then circled the globe. It was not so much a kind of music, as a style of playing. Essentially it was simply a way of 'playing a melody with a beat.' New Orleans musicians learned to work together to produce the loose, relaxed beat that is so irresistible that one cannot help but dance, or at least sway and tap one's foot to its swing. The easygoing, almost hypnotic rhythm at times seems to run effortlessly by itself. In this style of music, where the musicicans strive to help each other rather than grab the spotlight, it is natural for impromptu ensemble choruses to be a feature. Working together harmoniously can generate a feeling of power. The ensembles often build with a cumulative effect and surging momentum to thrilling climaxes.

In New Orleans Style the melody is always clearly heard. The melody is never disguised but is sung by the various instruments with a beautiful vocal like warmth. As one New Orleans trumpeter expressed it, the idea is to 'play pretty for all the people.' The tune is not obscured by harmonic padding and complicated arrangements, for these musicians know that the secret of true excellence in music, as in life itself, lies in simplicity. New Orleans Style has never encouraged the hectic rushing and frantic, hysterical screaming that passes for jazz in many places. Instead, relaxed tempos to which people can dance or march even in a hot climate are chosen. New Orleans music has always been functional."

The State Street Traditional Jazz Band is dedicated to playing &